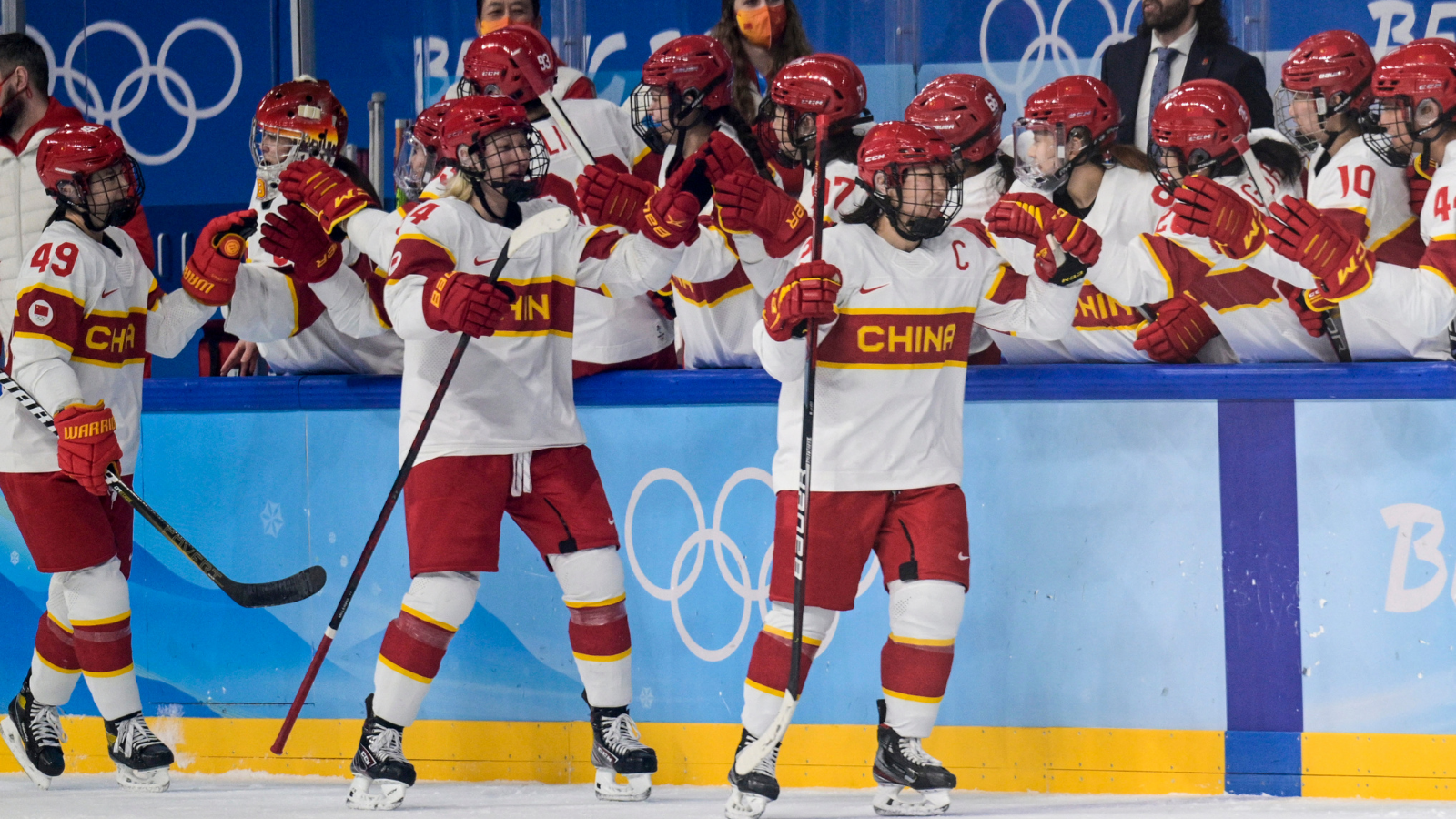 Leading up to the 2022 Beijing Olympics, Brian Idalski, the head coach of the Chinese women’s Olympic hockey team, was looking for an edge over more established programs. China has one of the smallest pools of athletes to draw from, and a young, still growing hockey culture. Traditionally you wouldn’t think of China as a hockey hot bed, but there was a large financial commitment to making sure the country was competitive coming into hosting the Olympics.

To compete, Idalski knew they had to look for an edge focused on player development. Not training harder or using more technology, but setting up a framework that allowed the best Chinese athletes to develop under the best coaching staff China could put together.

With the support of the OWN IT coaching staff, he quickly learned how he could use the athletes’ wearable data to support his training plans. The staff was able to use their strain and HRV scores to help them plan practices and target their training.

Idalski and the coaching staff could see every athlete’s HRV on a simple dashboard, so he knew on a day-to-day basis whether they should ramp up training or scale back the intensity. “Justin’s insights and data-driven suggestions helped me plan practice and manage their strain in preparation for competition,” Idalski said.

Without concrete data, most coaches use their “feel” for whether athletes need a lighter practice. They may also rely on old periodized plans that don’t account for other parts of the athletes’ lives. With the data, Idalski knew how intense the practice should be.

Through weekly coaching sessions with the OWN IT coaching team, they collaborated with Idalski, the head coach, the head of sport performance, and the strength staff.  Through these meetings, they identified areas that needed more attention, players that needed to be pushed in certain areas, and where recovery modalities were needed.

Given the spectrum of age for these players, ensuring that everyone was developing was key. Especially when it came to the end goal of a high performing team for the Olympics.

In addition to supporting the goals of the team, strain data allowed the staff to identify athletes that struggled to recover. Idalski told us the staff was “able to adjust training protocols based on data and focus on certain athletes that needed attention based on stress adaptations.”

Based on this data, OWN IT coaches worked with each athlete to formulate individual recovery and performance plans. These plans were informed by their data in conjunction with their lifestyle. After all, the reason one athlete struggles to recover is often completely different from another athlete. This is where a process like the ‘8 Controllables’ allows our coaches to individualize and maximize each athlete.

What often gets overlooked in preparing a team for a huge competition like the Olympics are the logistical challenges and how this takes a toll on the athletes. Leading up to the Olympics, China had some of the strictest COVID policies in the world, especially around the Olympic Village.

Athletes trained isolated from much of the world, which no doubt caused a lot of stress. A key component of OWN IT is understanding that athletes are humans first. Emotions and stress play as crucial a role in their performance as their training and nutrition and is reflected through HRV and other metrics that would otherwise go unnoticed.

When they identified athletes as under-recovered, the underlying limiting factor often wasn’t their sleep or nutrition — it was the massive mental load they were bearing. Being isolated in a different country, having a bunch of unfamiliar protocols, all while preparing for the biggest tournament of their career. Using OWN IT, we identified athletes who needed emotional support from other professionals, sometimes staying in-house with our “Inner Energy” coaches, and sometimes referring out when appropriate.

“The OWN IT team was able to focus on the mental health of our athletes and address certain items that would’ve gone unnoticed.” That doesn’t happen without data-driven interventions combined with personalized coaching.

“In some ways, we quantified COVID’s effects,” Idalski said. Restrictions create a huge downstream effect on athletes and their well-being. With HRV as the centerpoint, we could see where overlooked stressors directly affected their athletes.

But of course, the impacts of improving athletes’ mental health goes well beyond their on-ice performance. Providing them with the resources for emotional support will help them with everything in their life.

The Best Outcome in Program History

In Beijing, the Chinese women’s hockey team had their first Olympic quarter finals appearance in Olympic history, beating Denmark and Japan, and losing by just one goal against a perennial medal-contender team in Sweden.

Of course, OWN IT can’t take credit for their performance, as Coach Idalski and his team took a number of measures in all areas to help their team succeed. However, the team’s improvements in recovery built a foundation for them to have these record breaking performances.

Overall, there was a 36% increase in HRV and a 23% increase in sleep quality. When they focused on athlete recovery and creating personalized plans to support them, it’s no wonder they were able to compete at the highest level in their history.

When you make health and recovery a priority, it’s much easier to improve everything else. This is true in Olympic sports, youth sports, and in the business room, as we shared how the University of Miami’s football team also saw improvements in recovery AND a game-winning tackle that their staff attributes to the recovery protocols that stemmed from OWN IT.

For a look inside the OWN IT system, you can learn more by talking with us directly.